A WITCH BY CHANCE - A ROUND ROBIN STORY - PART 5

Written Fireside is Lori Connelly’s brilliant idea. A variety of authors gather around the virtual fire for a month and pass a story along across their blogs. It was started by Lori at the beginning of the month and I join in with part 5. This month the story has a ghoulish Halloween feel.


She could feel the warmth of his lips on hers and a wave of heat passed through her body.
And then he was gone.


All this was too much to take in. Was she a witch? Is that what he was trying to tell her?
Confused, she looked down at her muddy feet. Something wasn’t right. Something was missing. And then she realised… Where were his footprints?
Her thoughts were broken by Karma rubbing up against her leg and purring. She scooped him up and headed home, her head still spinning.


In the night she woke in a cold sweat. The note. She’d seen that writing before. But where? And how could that be?
Pulling on her dressing gown she went downstairs to the kitchen to make a hot drink. The noise startled Karma who was asleep on top of the bookcase. He jumped down, bringing with him a pile of dusty envelopes. Ivy picked one up. It was an old birthday card from her mother. Three or four years ago now. When they were still speaking. She opened it up and the blood drained from her face. That was where she had seen the writing before. The note was from her mother…


They had never had a close relationship. Not like her friends and their mothers. She had always got on better with her grandmother. Until she had died two years ago, that is. And her closeness with her grandmother had always seemed to bother her mother. Maybe this was why. Maybe her mother had been scared that one day Ivy would want to follow the path that she had shunned?
She had to see her. She needed the truth.


It had been a long time since she’d walked up the path to her mother’s house. So much had been left unsaid. She knocked lightly and waited, her heart pounding in her chest.
The door opened.


“Hello Ivy, I knew you would come.”
Ivy looked away. Now was not the time for reconciliation. It was the time for answers.


“Why did you send me the note?” she asked, still on the doorstep.
“Won’t you come in?” her mother said.


“I just want to know.”
Stepping out on to the path her mother pulled Ivy close and whispered in her ear.
“I had to get you to the house. It was where your grandmother was born. It was where it all started for her. And it will too for you if that’s the path you choose.”


Why was she whispering?  Ivy didn’t understand.
Her mother pulled back, her hands still firmly on Ivy’s shoulders, and looked her straight in the eyes.


“You have powers beyond your wildest dreams, Ivy,” her mother said quietly.
“I know,” she said. “Chance told me.”

Her mother recoiled back. Ivy could see fear in her eyes.

“How did you meet Chance?” she stammered. “Stay away from him, you hear me. He is bad news.”

Please come join us as we weave our magic tale!!

Hee hee, we do LOVE those bad boys though, don't we?

Cool! Love where this is going. Great job!

Nice post! Your content is very valuable to me and just make it as my reference. Keep blogging with new post! Unique and useful to follower. 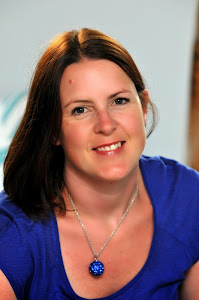 Sarah Lefebve
Basingstoke, Hampshire, United Kingdom
I have wanted to write a novel for years. My motivation finally came when I ended a six-year career in journalism, swapping writing 300-word articles about real stuff for 100,000 word books about made-up stuff. Much more fun! My first novel, The Park Bench Test, is out on September 12th, published by Harper Impulse. Now it is time to start the next one!!